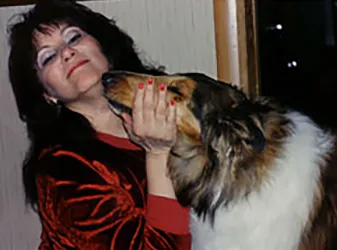 Have A Heart is the vision of Marilyn Marinelli, its Founder. After the loss of her collie, Candy; many lost dogs seem to show up around her neighborhood. She even rescued several and found suitable homes for them. She began to visit the local Humane Society and found herself praying for many of the animals.

The loss of her beloved collie moved her to generally look at collie sites on the Internet. In doing so, she started to learn more and more about rescue groups. As she searched the net, it became clear to her that God was calling her to become involved in the “No-Kill” movement and to join the rescue effort. Her deep Christian faith and love for animals kept her ever searching and studying. She compiled all the data and adapted it to form the inter-workings of Have A Heart.

Eventually, her husband John joined her in the planning and set up of the agency. His prior knowledge of non-profit management, sales and marketing, and public relations helped her to establish a strong foundation. Together, they established Have A Heart, an animal welfare, rescue, and referral agency.

Marilyn’s vision is to be a major influence and contributor to the elimination of euthanasia as a means of animal control. She believes that life is a gift from God, even animal life, and that the best animal shelter is a caring community.

We believe that all life is a gift from God and therefore should be respected and given the right to live. This is the responsibility of every individual.

We operate as a charitable organization duly registered with the state of Florida. We are a faith-based initiative. We adhere to the preservation of life principle and oppose its destruction for the sake of population control. We are an information and referral service for companion animal welfare issues and concerns within the state of Florida and Marion County.

Our long-term goal is to establish a state-of-the-art “No-Kill” animal shelter. We also are focused as a community resource in locating, pet-friendly apartments, low-cost spay and neutering programs, obedience training services, articles on topics of interest, and other “How To” or “Where To Go” information related to animal care.

We seek to provide ethical and moral alternatives to the killing of unwanted and neglected companion animals.

We Believe That The Best Animal Shelter Is A Caring Community

Return To Top of Page

"We Are Not Disposable"

The Best Animal Shelter is a Caring Community

We welcome your donations
Please make your check out to
Have A Heart for Companion Animals, Inc.
and send to
P. O. Box 831413
Ocala, Florida 34483